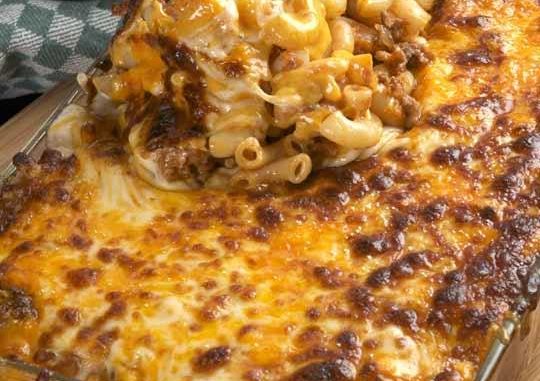 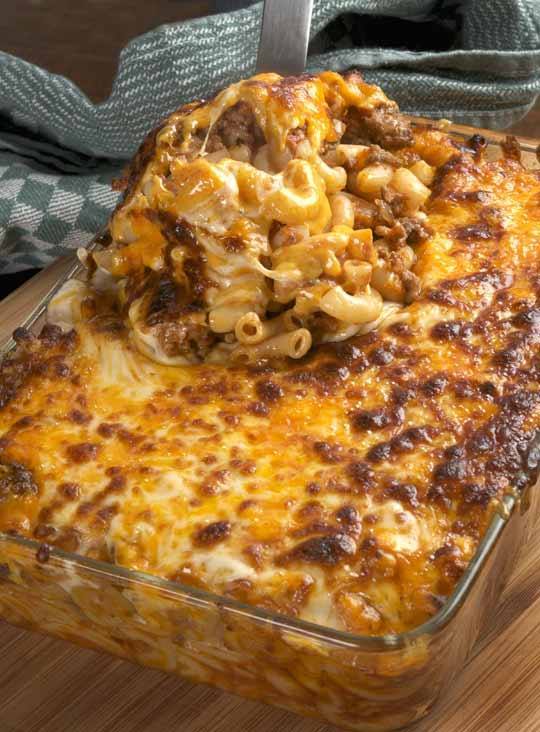 Ingredients:
1 medium onion, diced
1 tablespoon canola oil
salt to taste
black pepper, oregano, chopped garlic to taste
2 28-ounce cans pureed tomatoes (the original recipe called for one so I think this is what made mine more “tomatoey”)
2 pounds lean ground beef
1/2 box macaroni
1 cup each grated cheddar and mozzarella cheesesDirections:
Sweat the onions in the oil with salt.
Add the beef to the onions and cook.
Add salt oregano, black pepper and garlic.
Add the tomatoes and bring to a simmer, then reduce the heat to low and cook for an hour. (This is where I added the second can of tomatoes because if I had let the thick meat paste simmer for an hour it would have burned dry within 10-15 minutes. So I added the tomatoes here.)
Cook the macaroni in boiling water till it’s half done.
Drain it and add it to the tomatoes. Remove pasta from heat. Add more salt and other seasonings as needed, and cover.
When it’s cooled, about 20 minutes to 30 minutes and the pasta has absorbed the tomato juices, transfer it to a large baking dish and cover it with foil. It can sit out for several hours like this, be refrigerated for up to two days, or frozen a few weeks.
Bake it in a 400 degree oven till it’s piping hot (about 45 minutes if it’s cold to room temperature). Just before you’re ready to eat, remove the foil, cover macaroni with the cheese and broil till it looks beautiful.