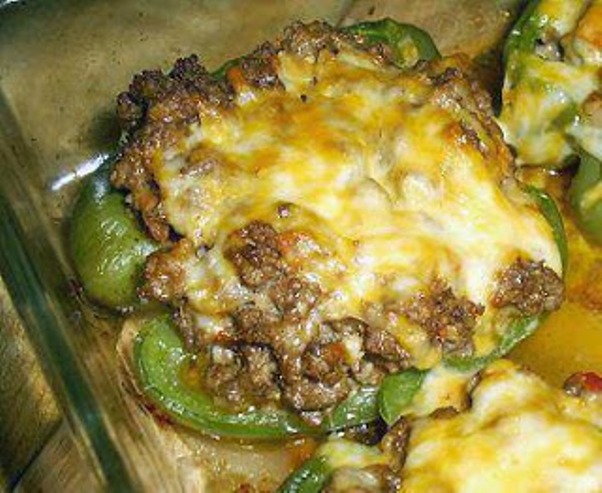 In a large pot, bring about half a potful of water to a boil. Add the peppers and boil for 3 minutes; drain. In the same pot, brown the hamburger, onion and garlic. Drain the fat and stir in the tomatoes and seasonings. Cook until the tomatoes are hot; remove from the heat and stir in the 4 ounces of cheese. Put the pepper halves in a greased 8×8″ baking pan and fill with the meat mixture. Sprinkle the extra cheese on top, if using. Bake at 350º for 20-25 minutes.

Makes 4 servings
Can be frozen

I had 4 ounces of pepper-jack cheese and a 2 ounce chunk of cheddar that needed to be used up so I put the jack in the meat mixture and the cheddar on top. These were very good. Do not use pre-shredded cheese. The powdery coating doesn’t allow it to melt properly.