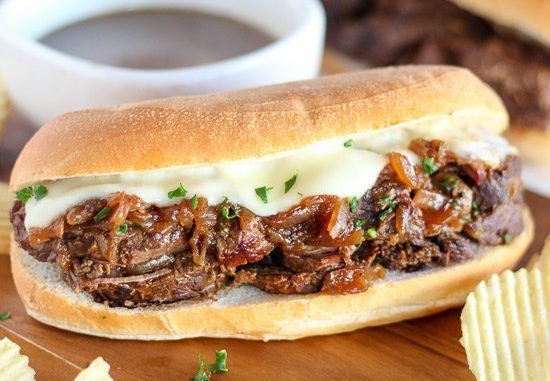 An easy recipe for French Dip Sandwiches made in the slow cooker. Tender beef, caramelized onions and melted cheese with au jus on the side for dipping.