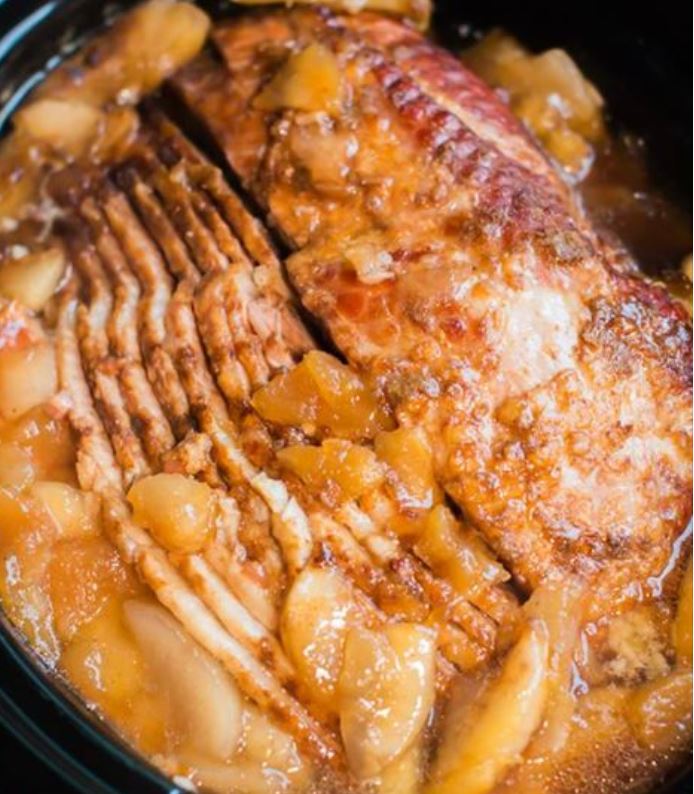 I have been so excited to share this Slow Cooker Apple and Clove Ham recipe with you! It’s the type of recipe that makes me fall in love with the slow cooker ever more. I don’t think there is a better flavor combination than this. The apples, apple juice, brown sugar and clove make a sauce that cooks into the ham, and with the ham being spiral it makes for even more flavor added to the ham with the juices going in between the slices.

I bought a 10 pound ham, it looked like it would fit in my slow cooker, but it was a bit large. I cut an inch off the bottom then it fit perfectly. I used that extra ham for other recipes during the week. Apple juice is used as the liquid in this recipe, though apple cider would be good too.