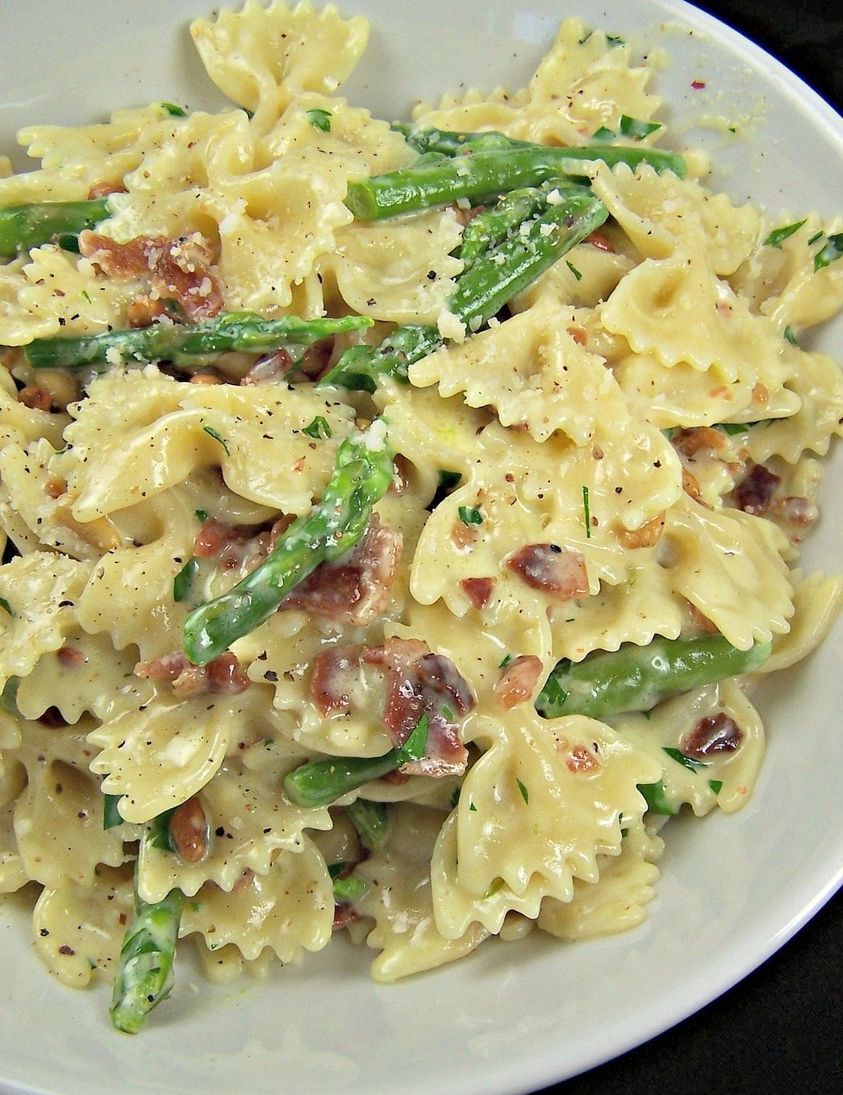 Salt and pepper to taste

Cook the pasta about 3 minutes less than the lowest minutes given on the package – not yet al dente. Drain the pasta, rinse, and set aside.

In a 12-inch nonstick skillet or a cast iron skillet (my favorite), cook the bacon until crispy.

Transfer the bacon to a paper towel-lined plate. Pour the bacon grease into a bowl – do not discard because you will need some later.

Using the same pan from the bacon, heat to medium heat, add the mushrooms, and season lightly with salt and pepper.

Cook the mushrooms until browned and the liquid is mostly evaporated – 4 to 5 minutes. Transfer to the same plate as bacon.

Bring the mixture to a vigorous simmer and cook for about 8-9 minutes, stirring occasionally and moderating the heat so the mixture simmers but doesn’t stick to the bottom of the pot.

Stir in the asparagus and cook for another 4 to 5 minutes – until the asparagus is tender and the pasta is al dente but still slightly firm (it will continue to cook). There will be a bit of liquid left; that is how it should be as it will help make the creamy sauce in the next step.

In a blender, combine 1 cup of milk, cream cheese, and flour and blend until completely smooth.

Slowly add the mixture to the pot while stirring quickly to combine. Simmer for a couple of minutes until the sauce has thickened.

Remove the pot from the heat. Reserve a bit of bacon for a garnish and stir the rest of the bacon with the mushrooms into the sauce.

Stir in the Parmesan cheese.

Plate the pasta and garnish with bacon and more Parmesan cheese, if desired.